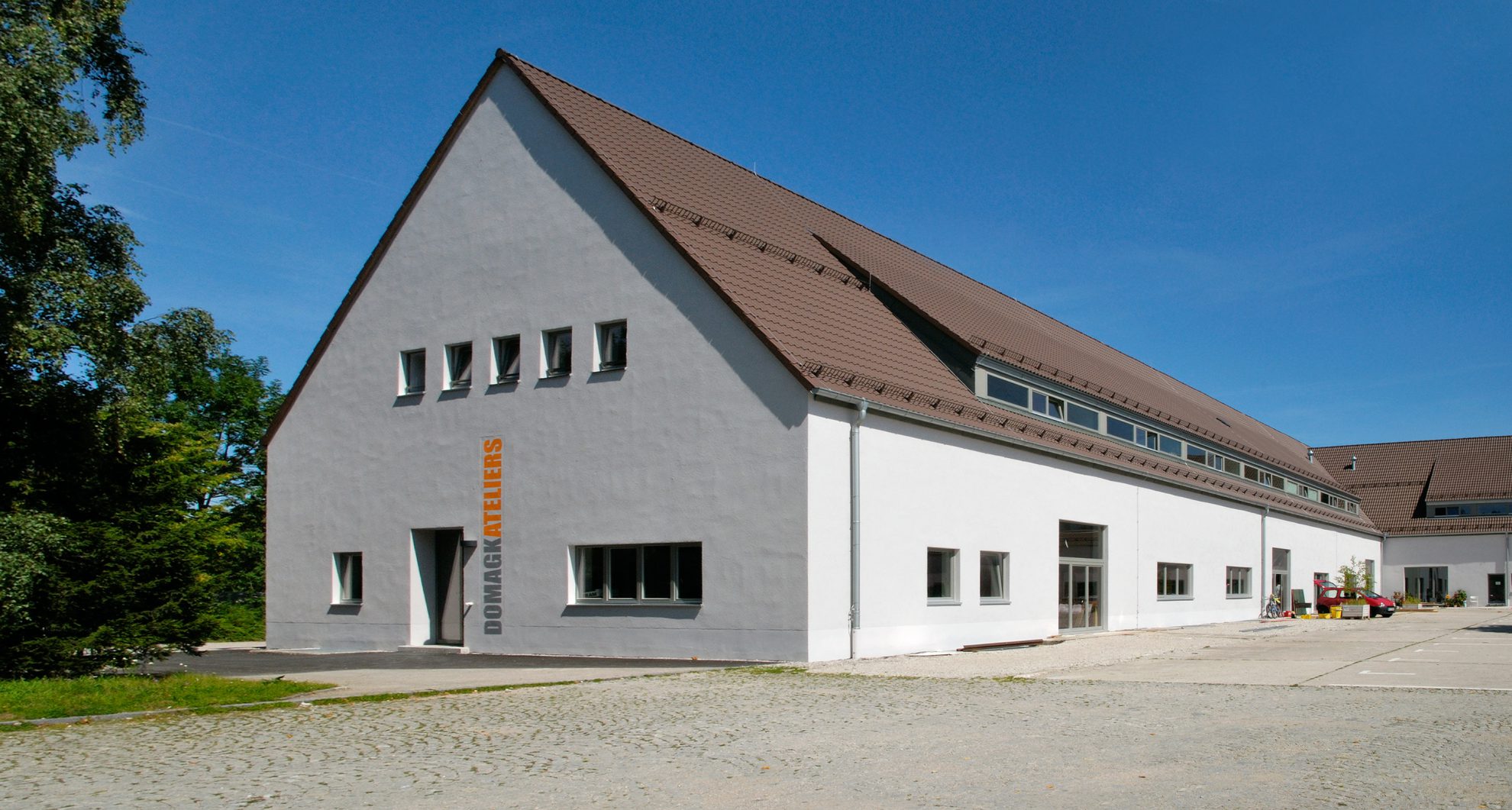 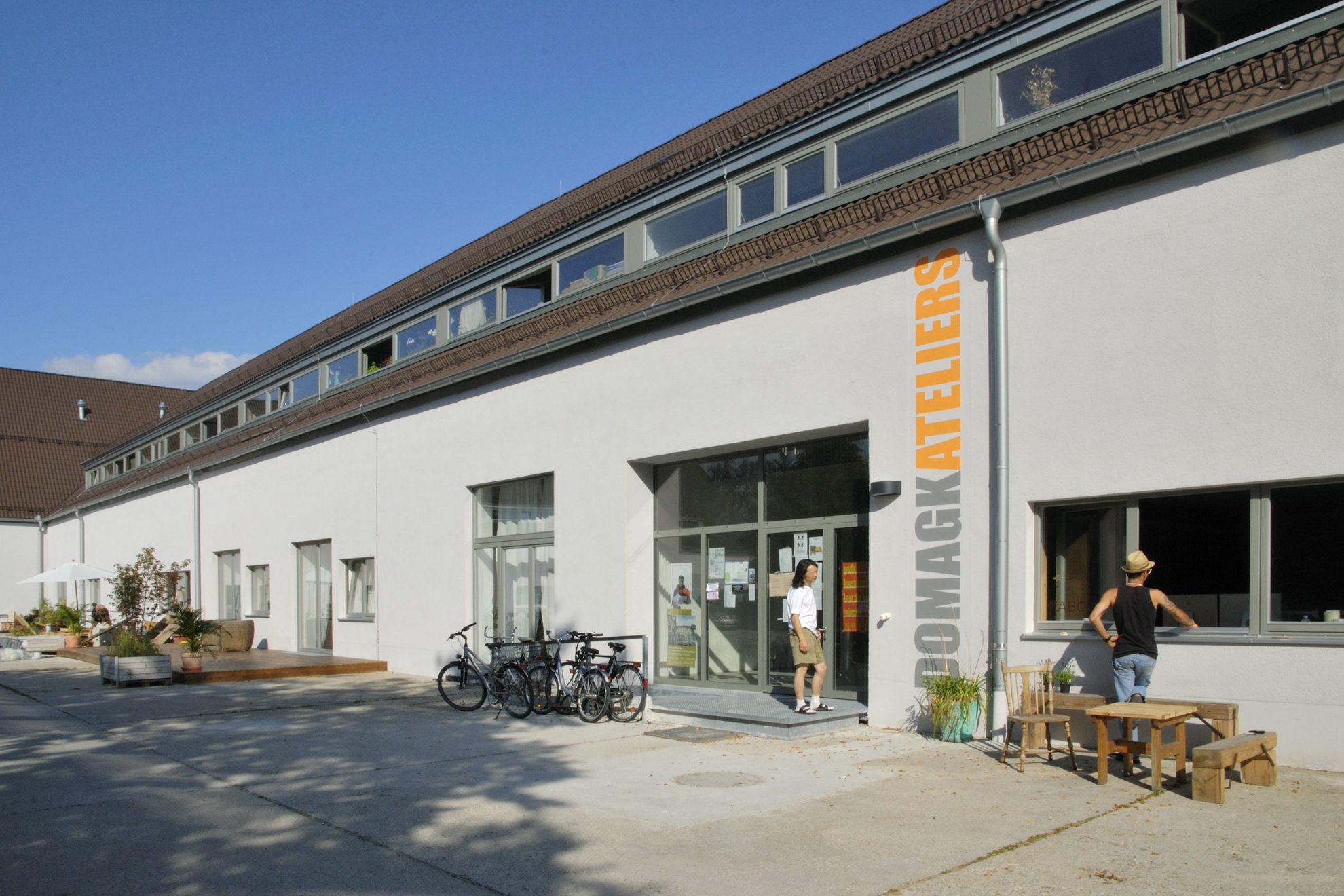 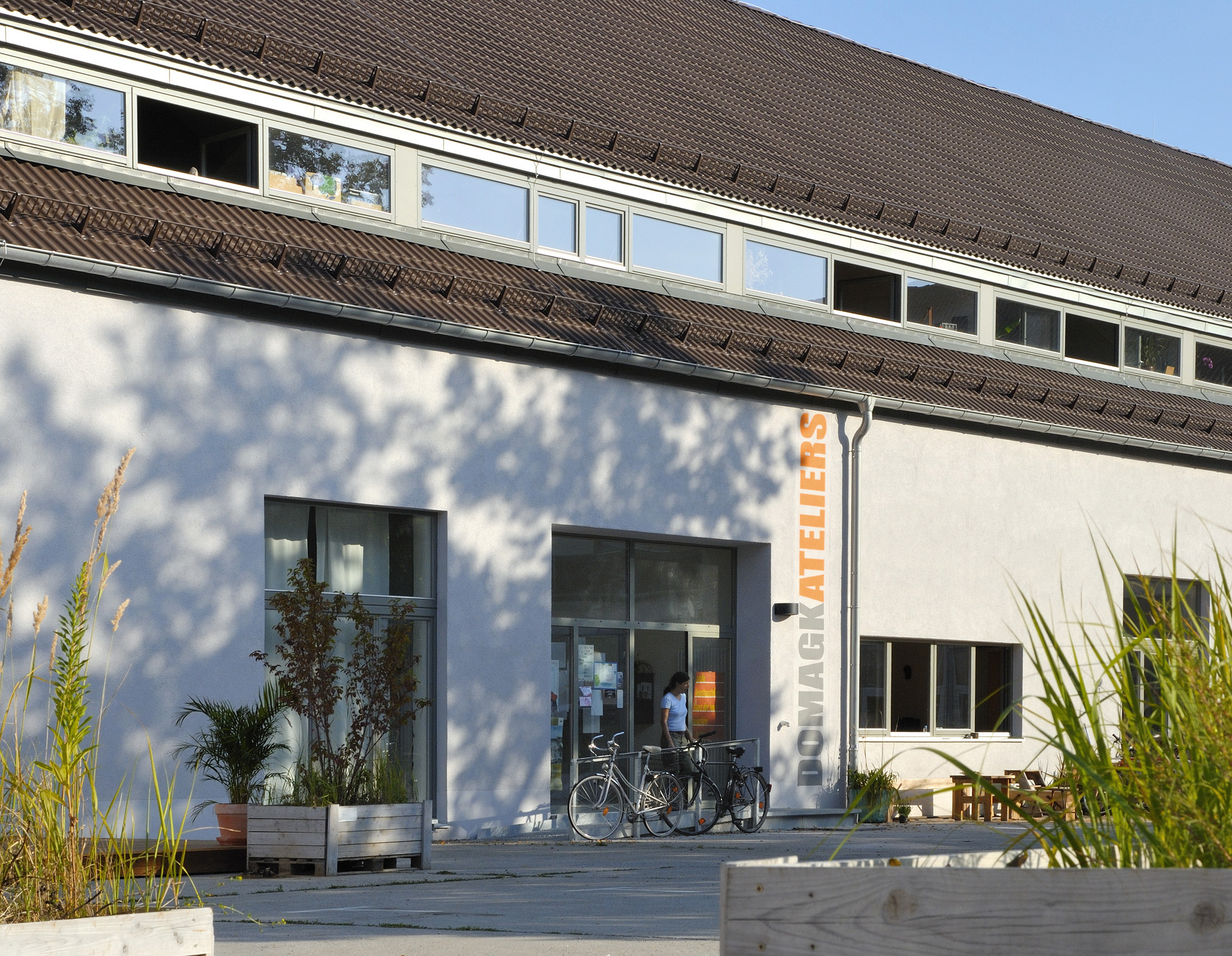 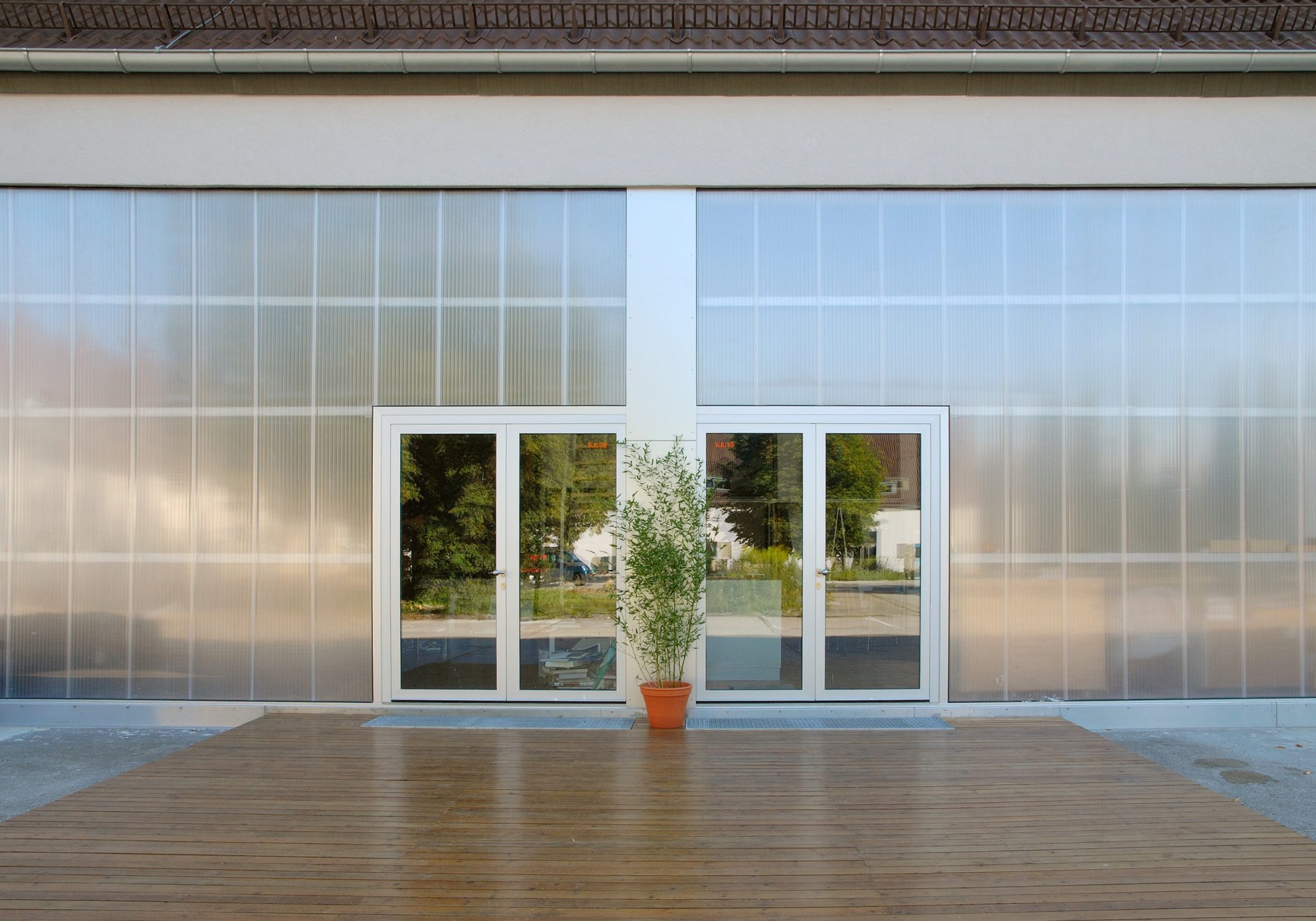 Reconstruction and renovation of artist studios 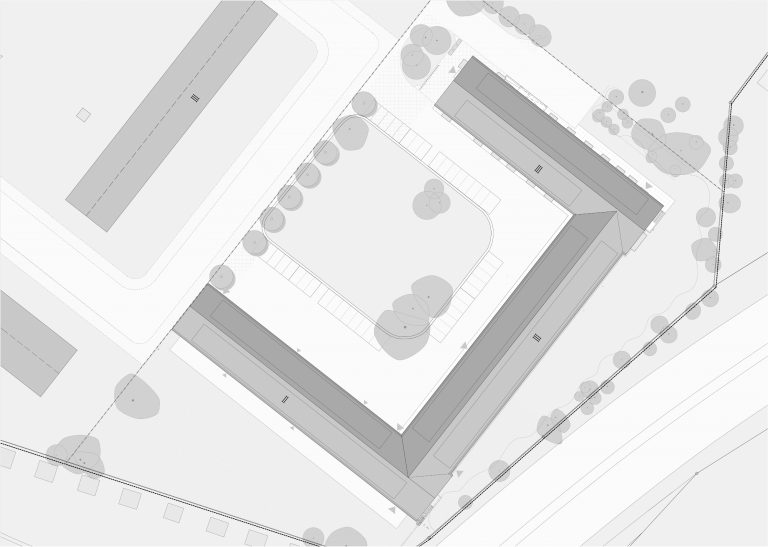 The existing 2 floor building forms the U-shaped end of the new residential district currently being built on the site of the former radio barracks in the north of Munich. The building was constructed in 1938 as a workshop and barracks. A city council resolution in 2007 declared it was to be extensively renovated with minimal intervention and used as a space for studios and exhibitions.

The spatial design in the north and west wings of the building was largely preserved. The refurbishment was therefore mainly concerned with the building’s envelope, the installation of a new stairwell, as well as an upgrade of the load-bearing structure and improved fire protection. The southern wing, which originally housed the vehicle workshops was completely gutted and rebuilt. Here, the gates were replaced by large polycarbonate multiwall sheets to let in more natural light and high ceilinged ateliers, some featuring additional galleries. Today, the artist courtyard consists of 101 studios as well as a large exhibition space.

Your Project? Get in touch with us.