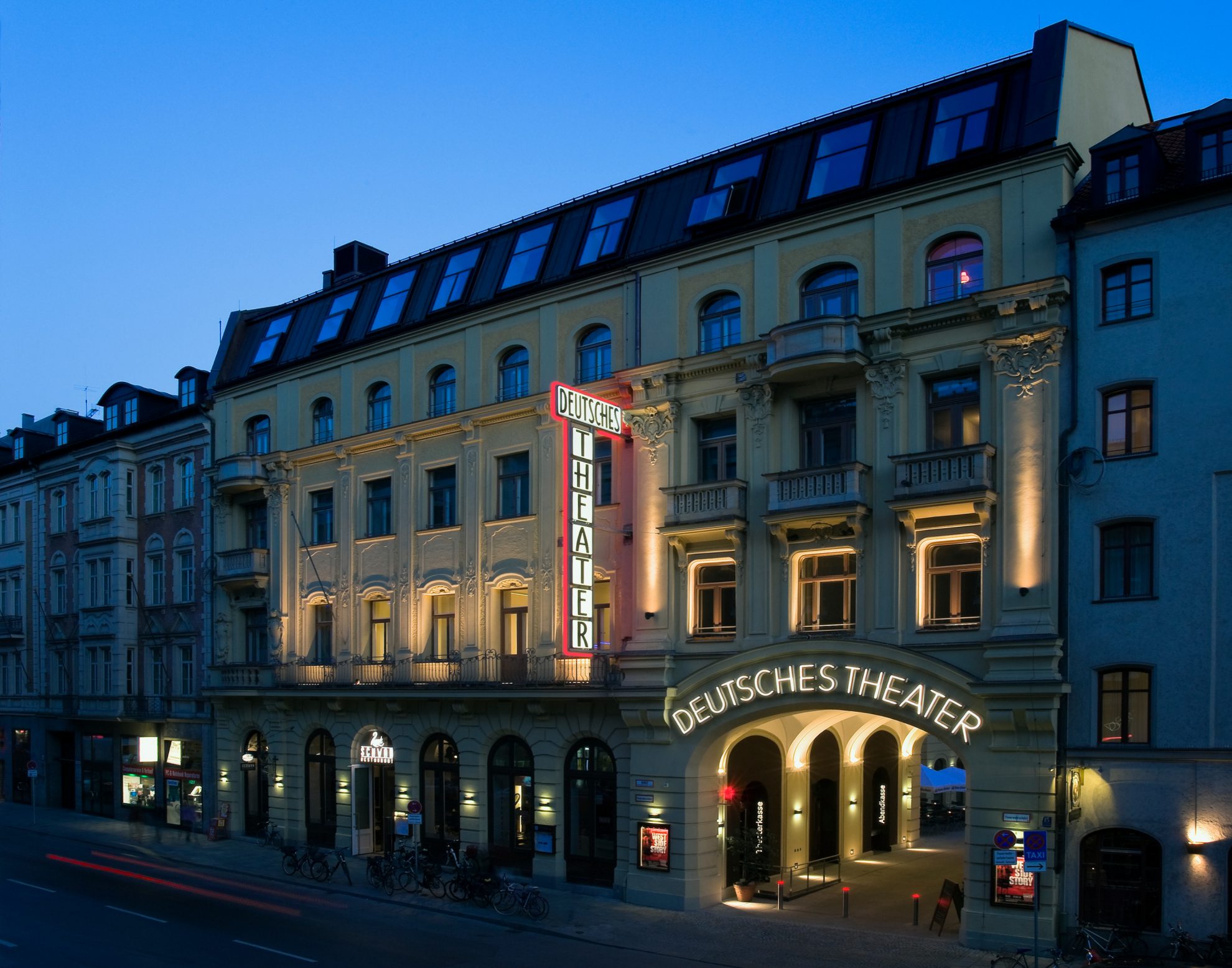 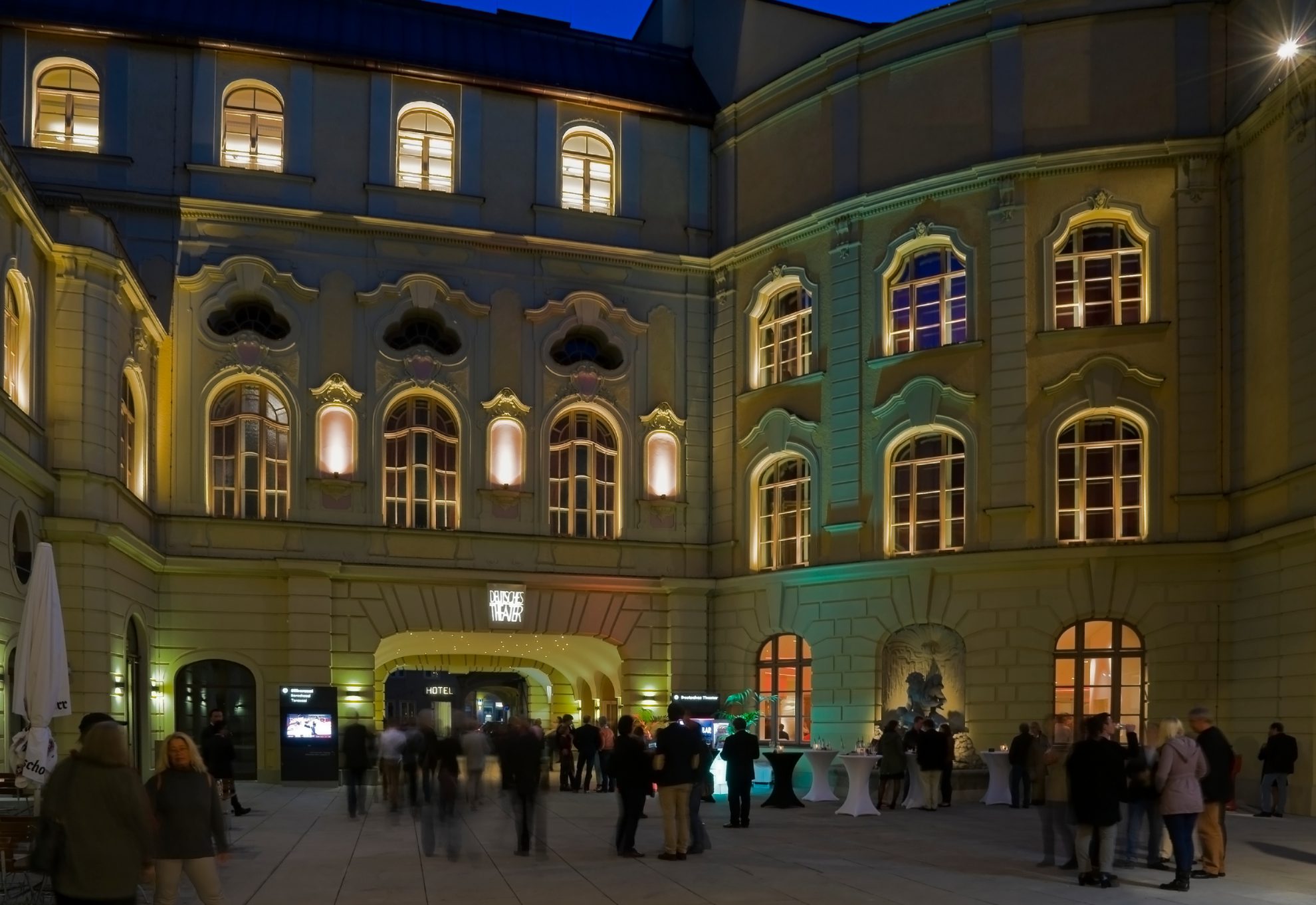 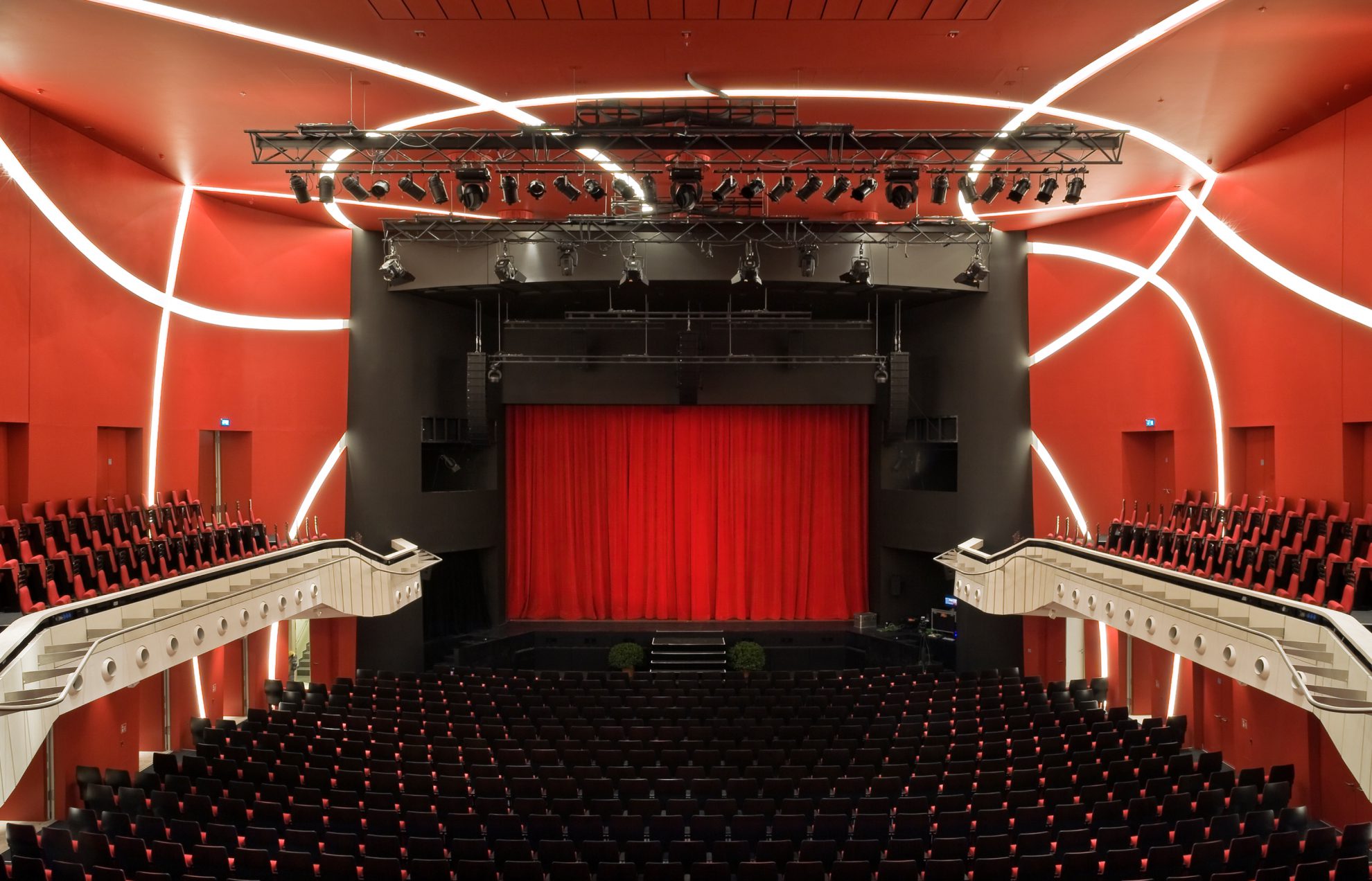 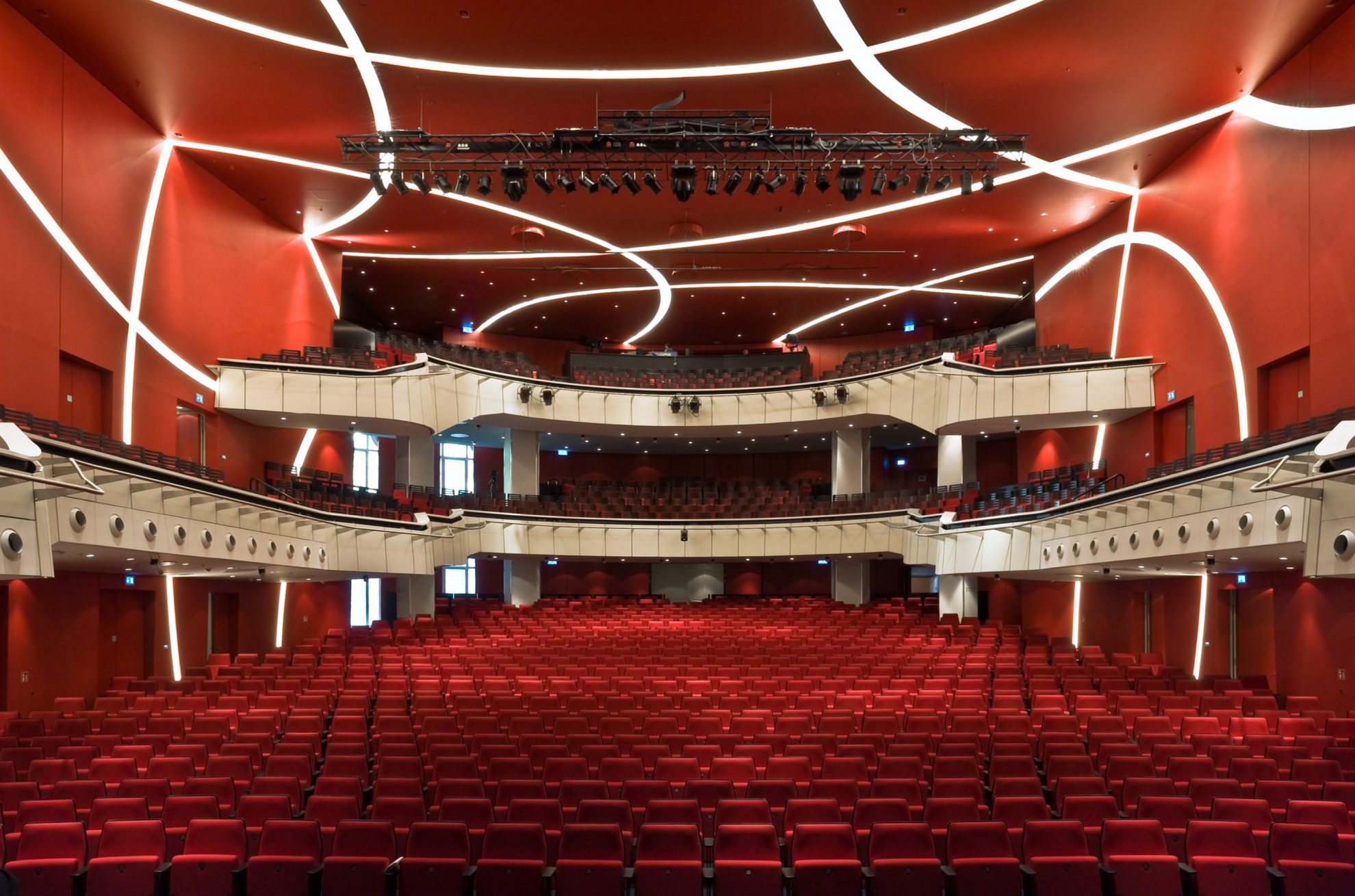 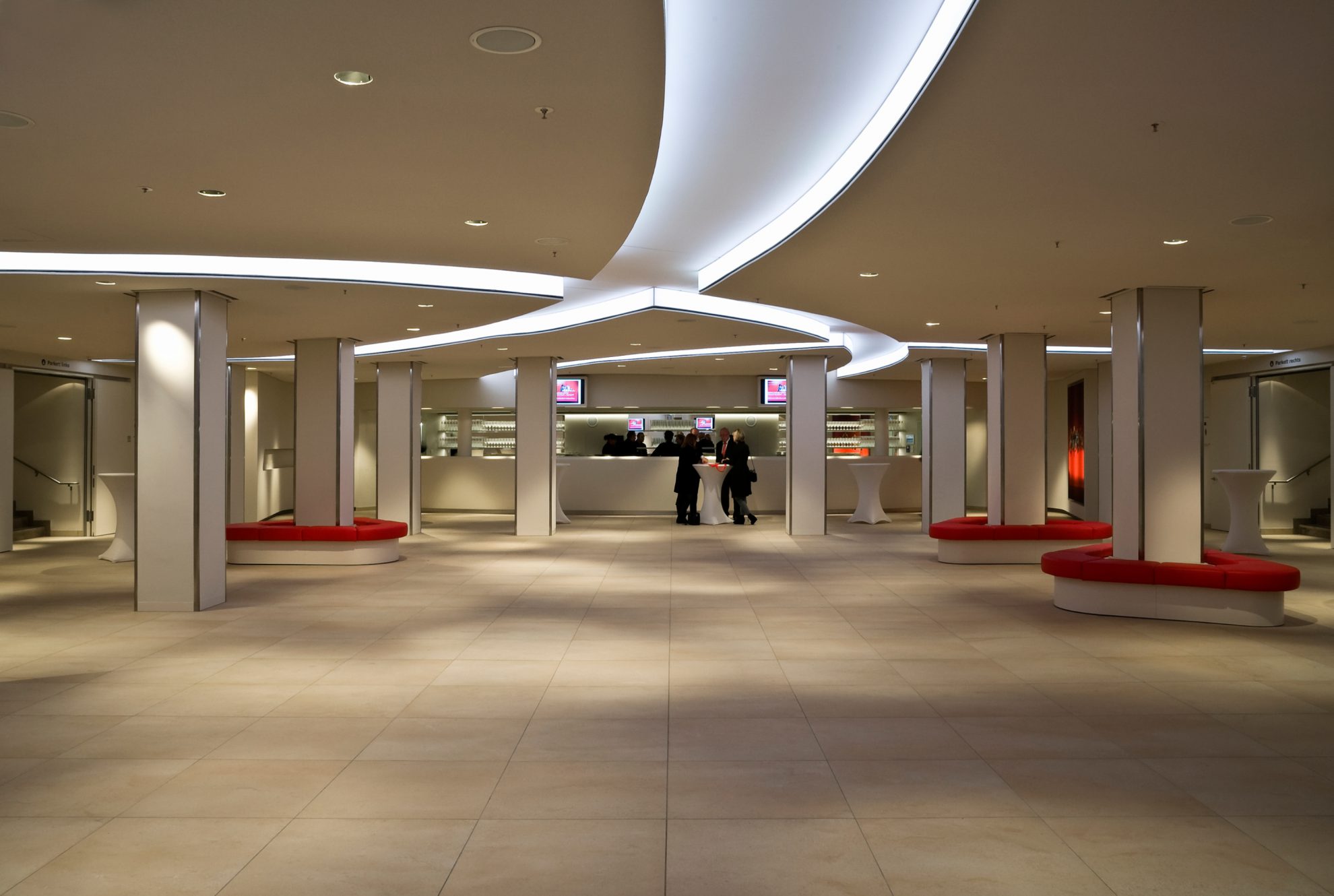 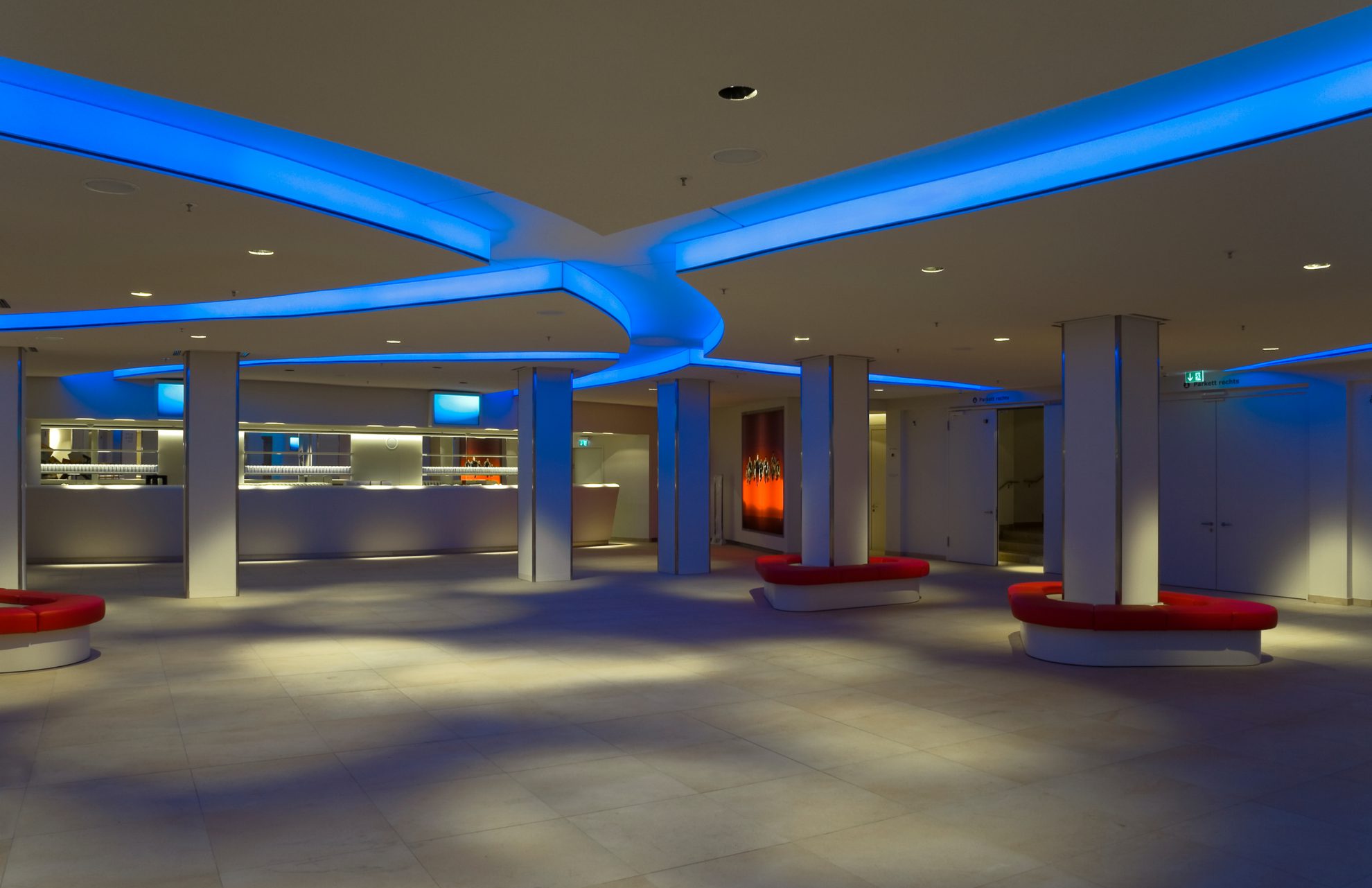 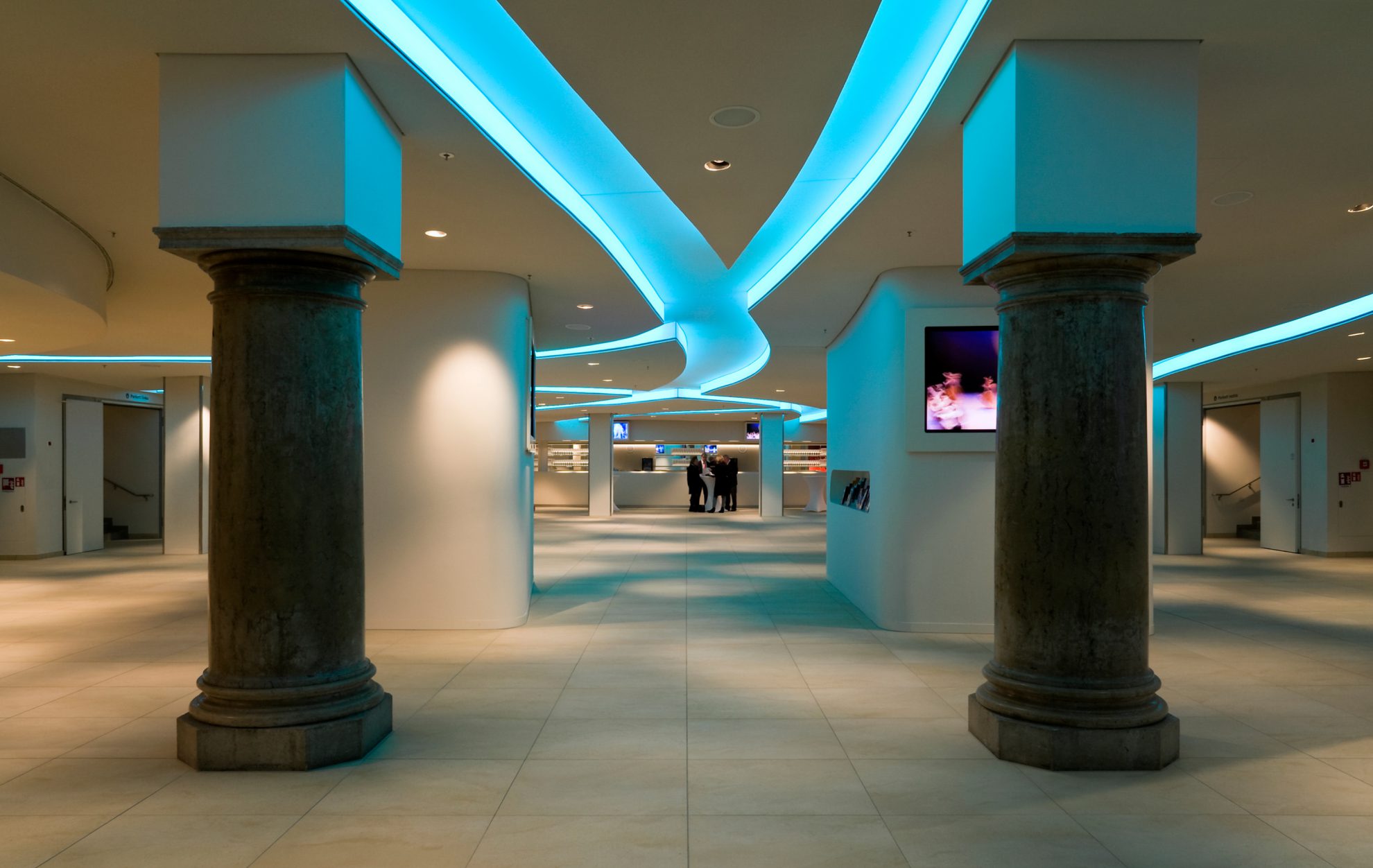 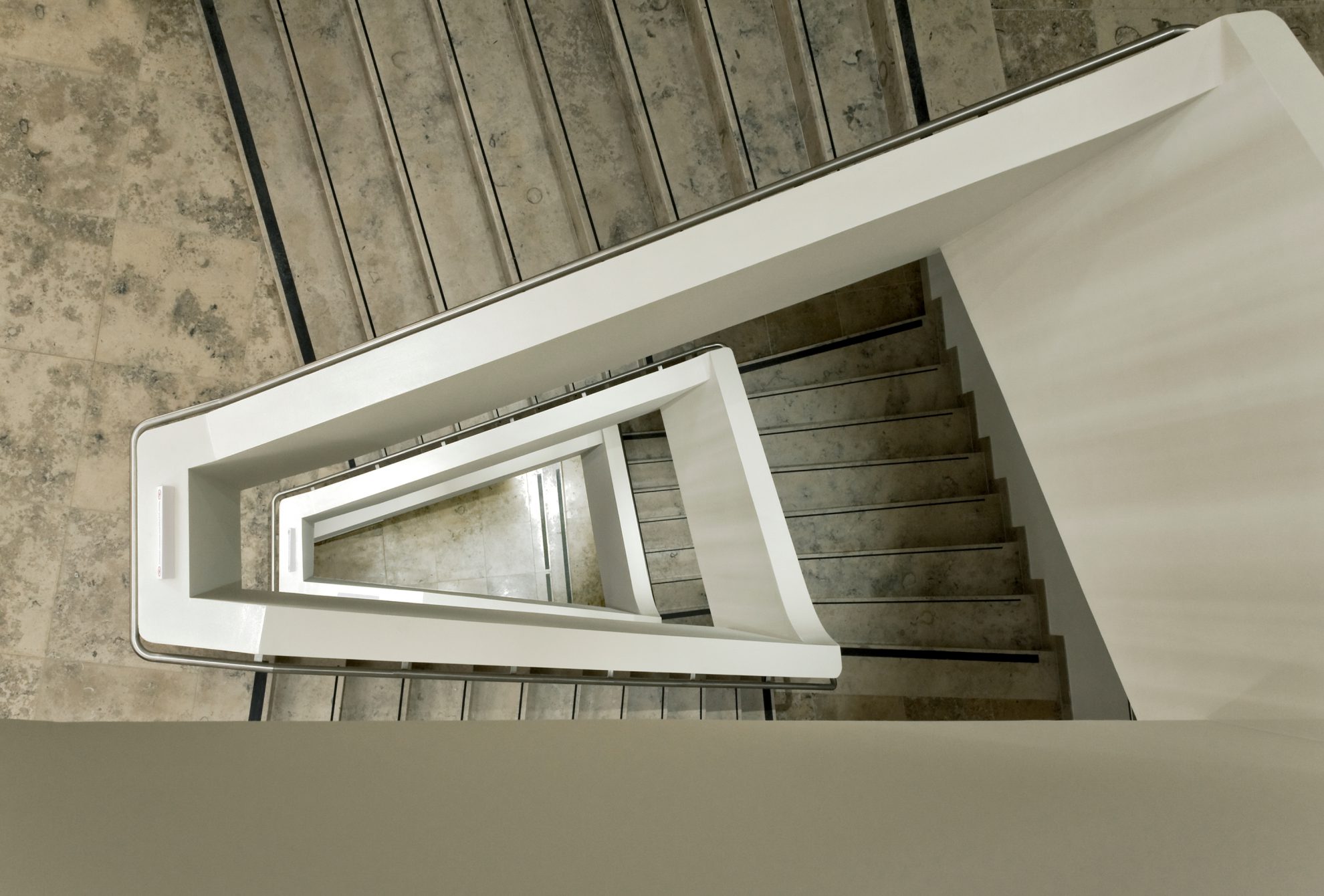 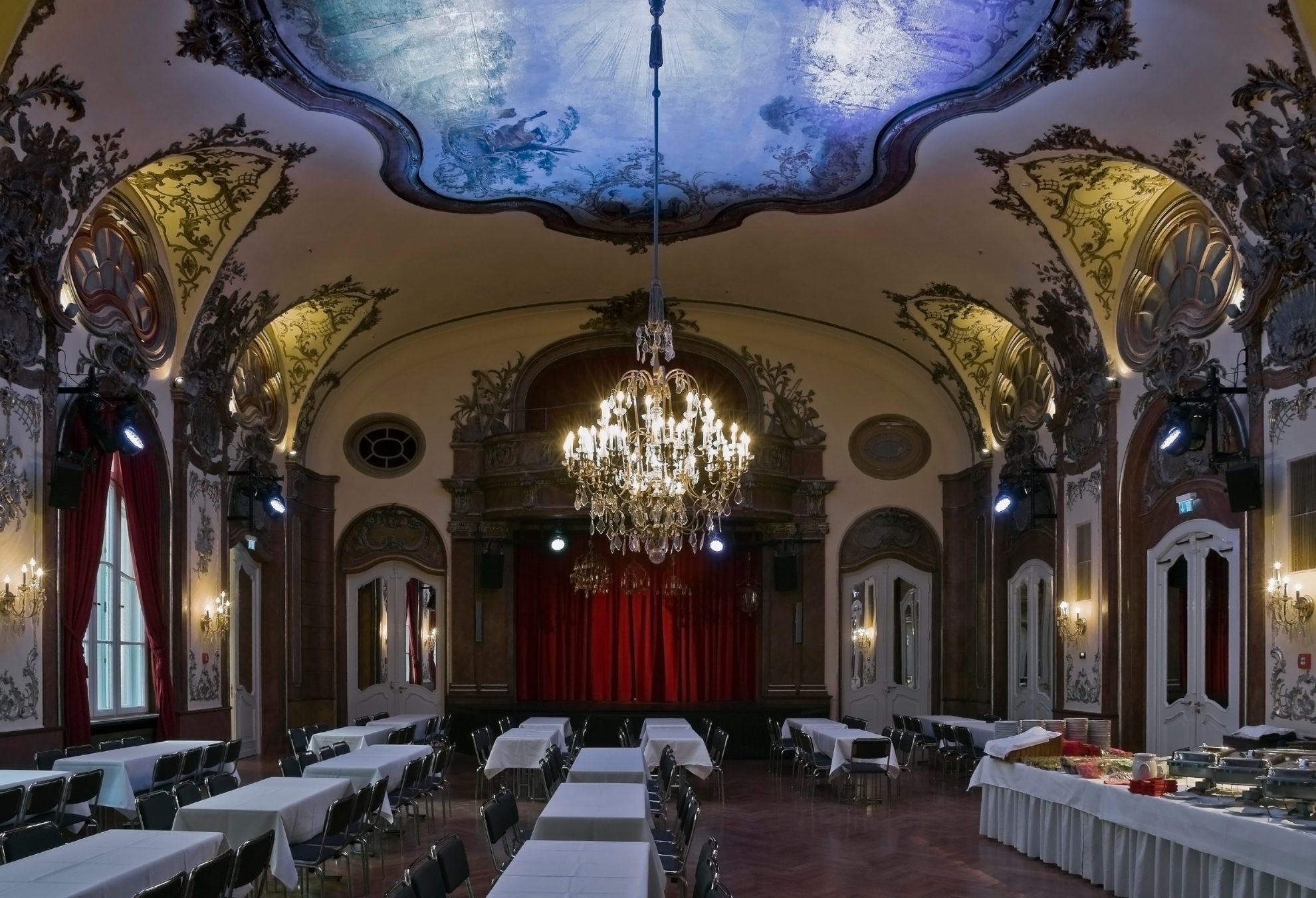 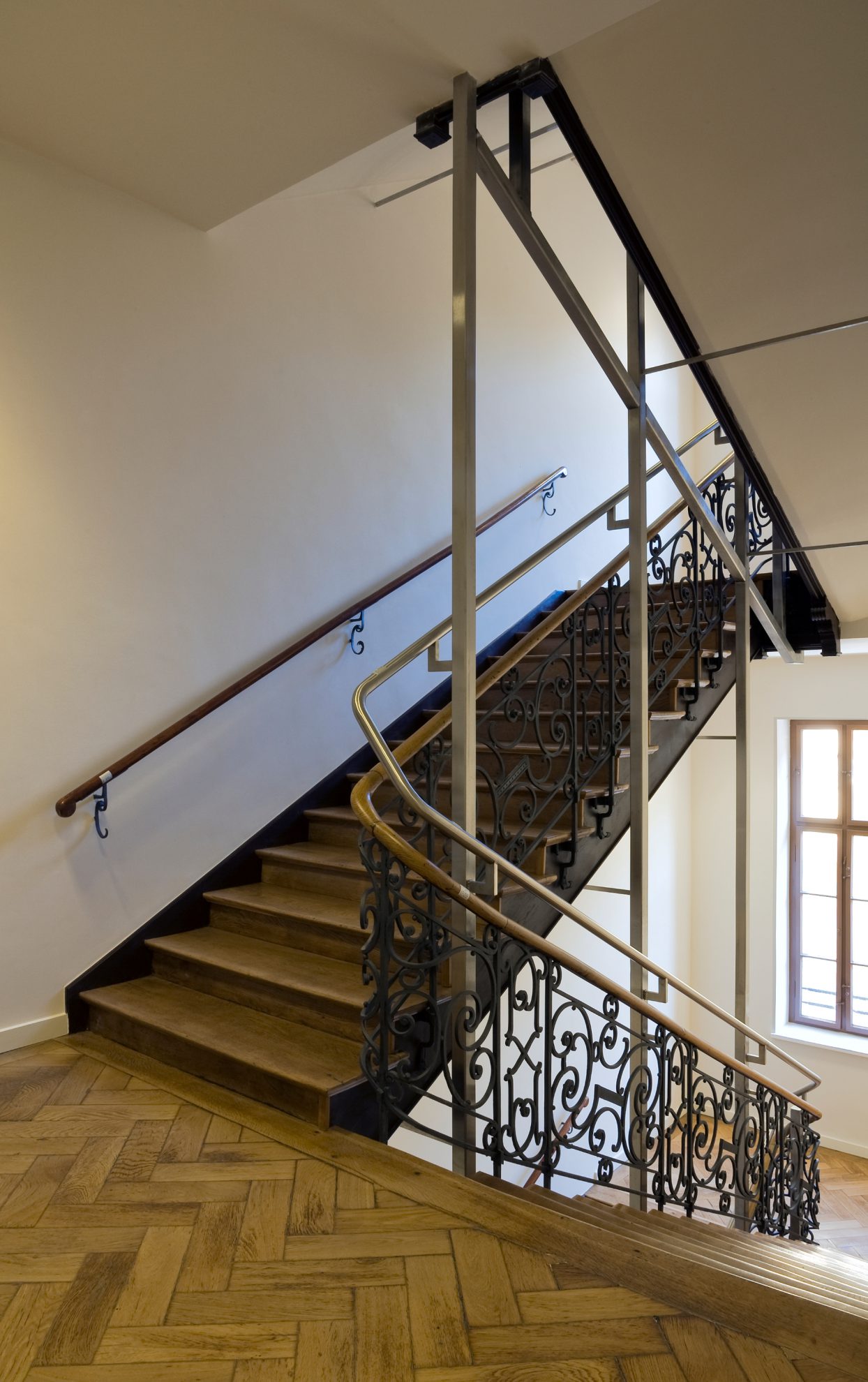 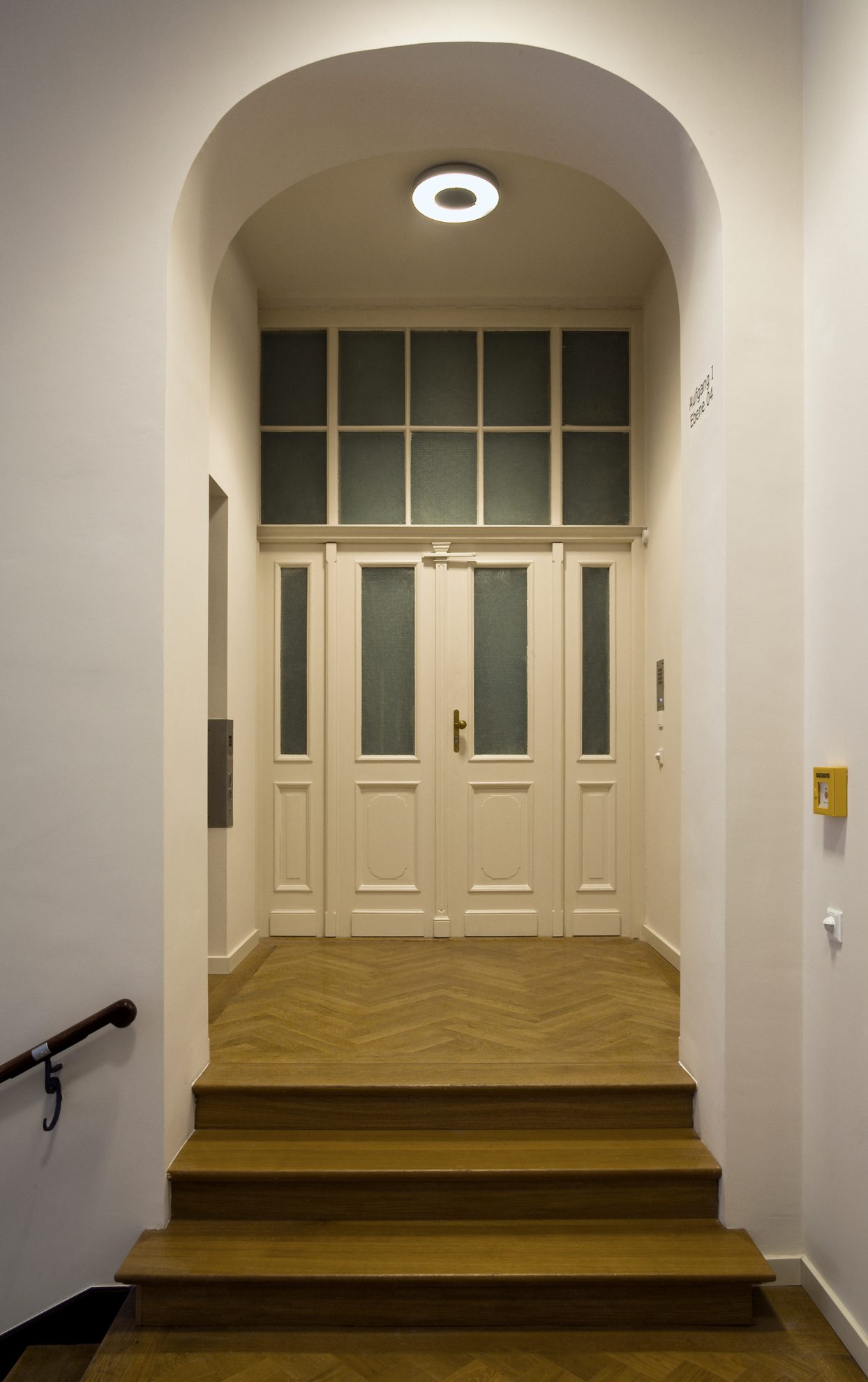 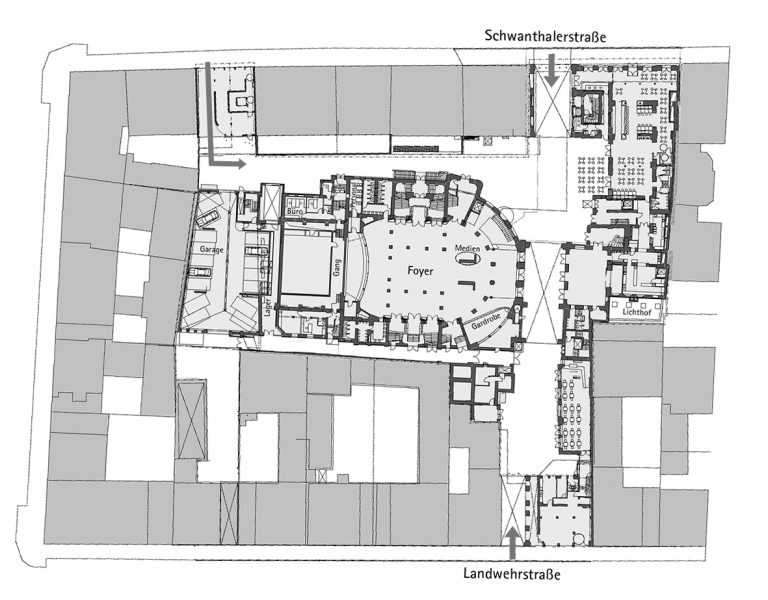 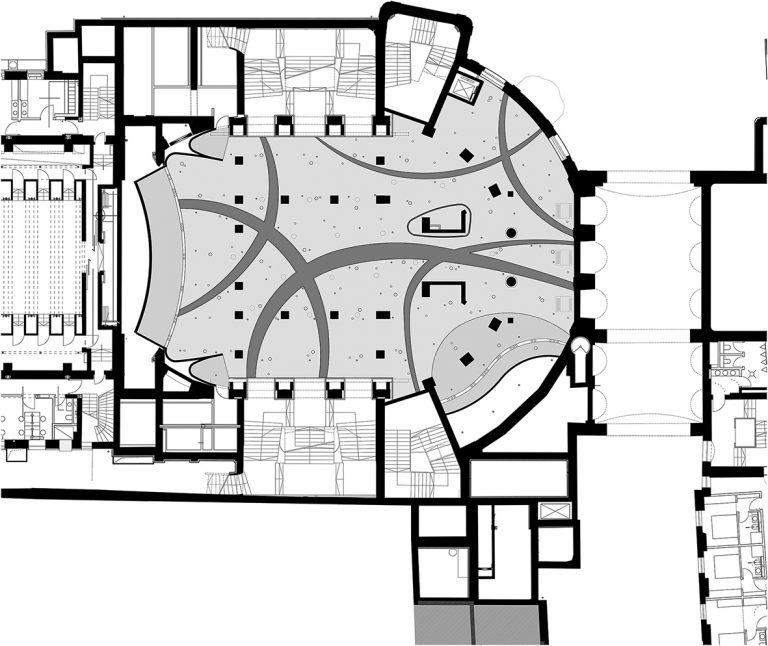 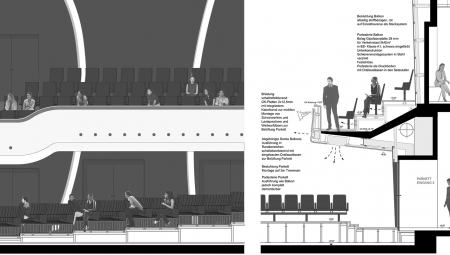 The german theatre plays a unique role in Munich’s cultural scene. Originally conceived as an amusement palace, the theatre opened on 26/09/1986, hosting theatre and revue performances as well as carnival balls from the outset. In its long and eventful history, the theatre was rebuilt several times and was heavily damaged during the war. Reconstruction was successfully completed between 1945-51 with the most recent renovation taking place between 1977-1982 with the help of the architect Reinhard Riemerschmied. Between 2000-2007, substantial building deficiencies permitted continued operations but only with severe restrictions and accompanying compensatory measures. An investment competition organised by the City of Munich during this time with the aim of selling the german theatre turned out to be unsuccessful. Under the auspices of “minimum required renovations” and a more focused usage for the location, the extremely complicated planning process of modernising the building complex was begun in 2008. Almost all surfaces as well as technical installations had to be renewed, massive fire protection and safety deficiencies were remedied and essential interventions in the existing structure of the building were carried out.

The renovation work spanned across five parts of the building, all composed of different building materials. The centrepiece of the project was the auditorium, requiring a new design for the foyer as well as the hall and a complete renewal of the roof landscape. Furthermore, the stage and props house was renovated and a roof extension for the stage house was created. The project also saw construction of a completely new building specifically for prop storage. Working under challenging restoration guidelines, the listed Silver Hall was largely preserved. Roofs were renewed in the buildings used as offices and apartments along Schwanthalerstrasse as well as in the inner courtyard. The existing dance school and restaurant were retained as they were, with small readjustments to the theatre box office layout. Additionally, the inner courtyards were completely redesigned; a new outdoor bar area was created as well as a bypass lane for heavy-duty vehicles involved in visiting productions – nearby existing buildings were also secured. The new german theatre opened with a grand ceremony on 17/01/2014.

Your Project? Get in touch with us.